Quantum leaps for the benefit of a larger society

CQuERE is a dedicated Centre to carry out cutting edge research in the emerging field of quantum engineering, and thereby train future researchers for academia as well as industry, keeping in mind the pressing need to foster strong national and international collaborations between the two domains.  Our vision is to establish CQuERE as a world class research centre on quantum science and technology by creating a stimulating research environment involving experiment and theory, and bringing together researchers in this field from India and abroad. 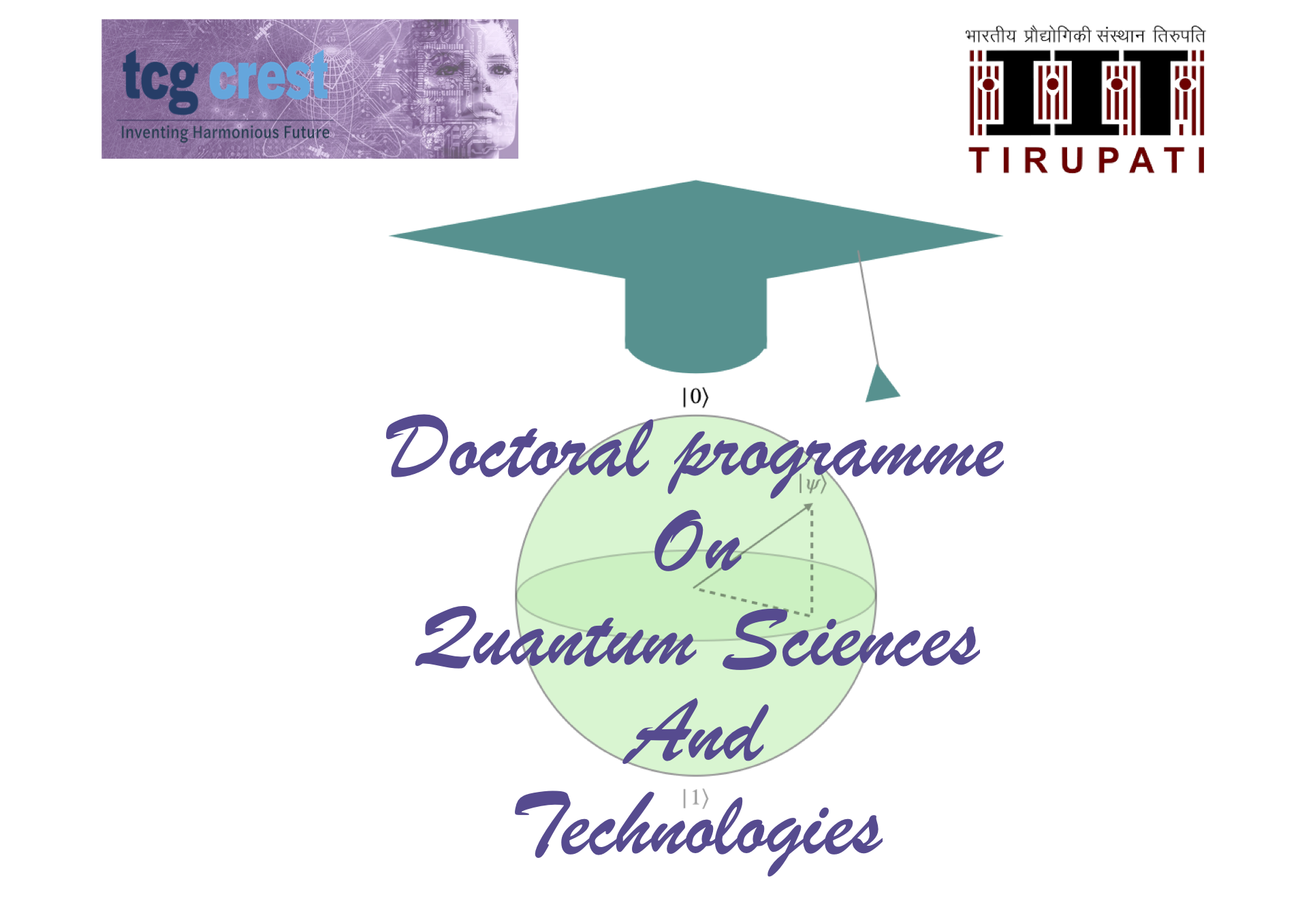 Applications are now closed for the academic year 2022 for the position of PhD scholars at CQuERE. The list of selected and wait listed candidates can be found here: https://www.tcgcrest.org/announcements/list-of-selected-candidates-for-cquere-iit-tirupati-joint-doctoral-programme/ 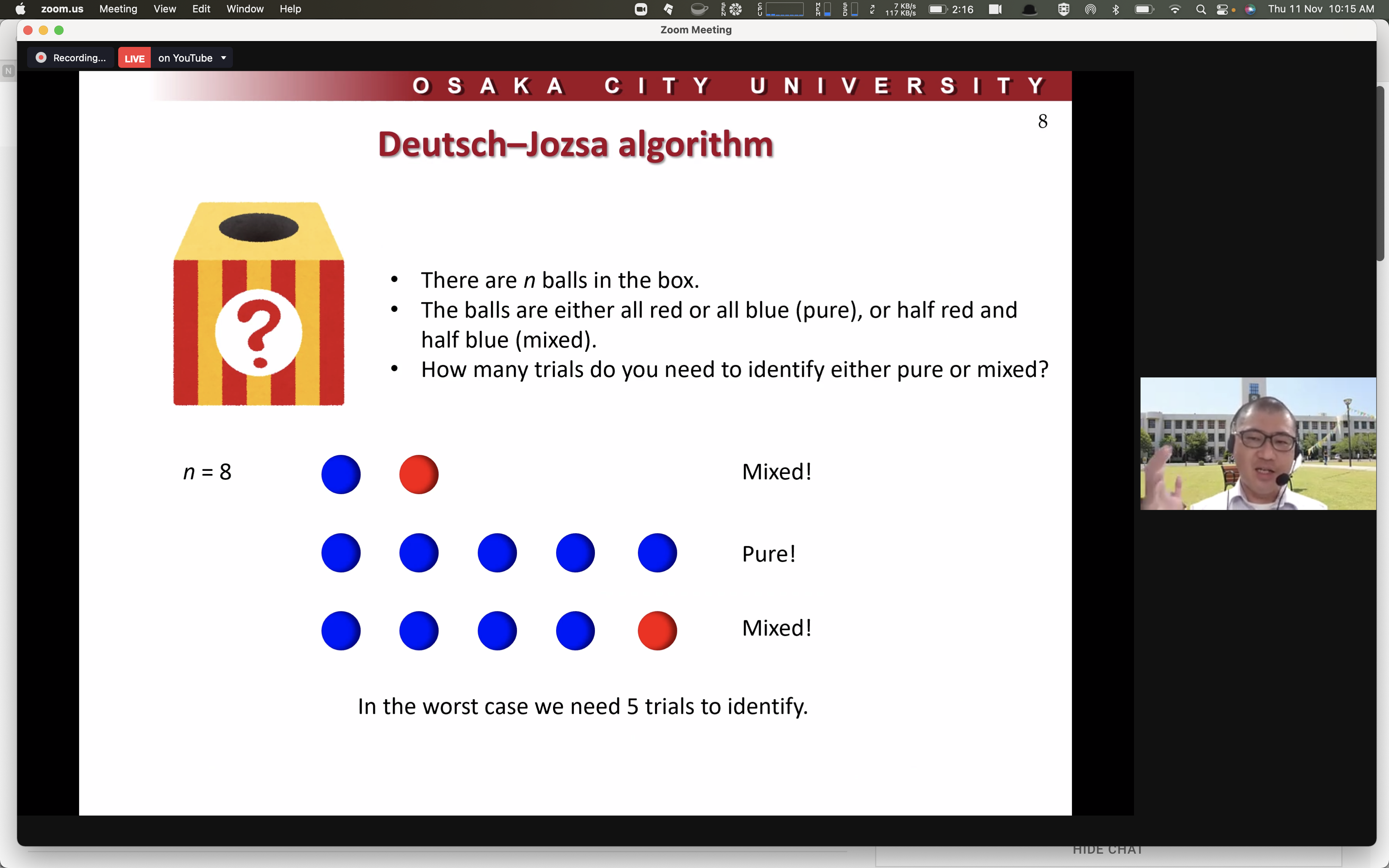 An online lecture series on quantum chemistry on quantum computers, from 28th October to 23rd December to be given by Prof. Kenji Sugisaki from Osaka City University (and visiting Associate Professor at TCG CREST) 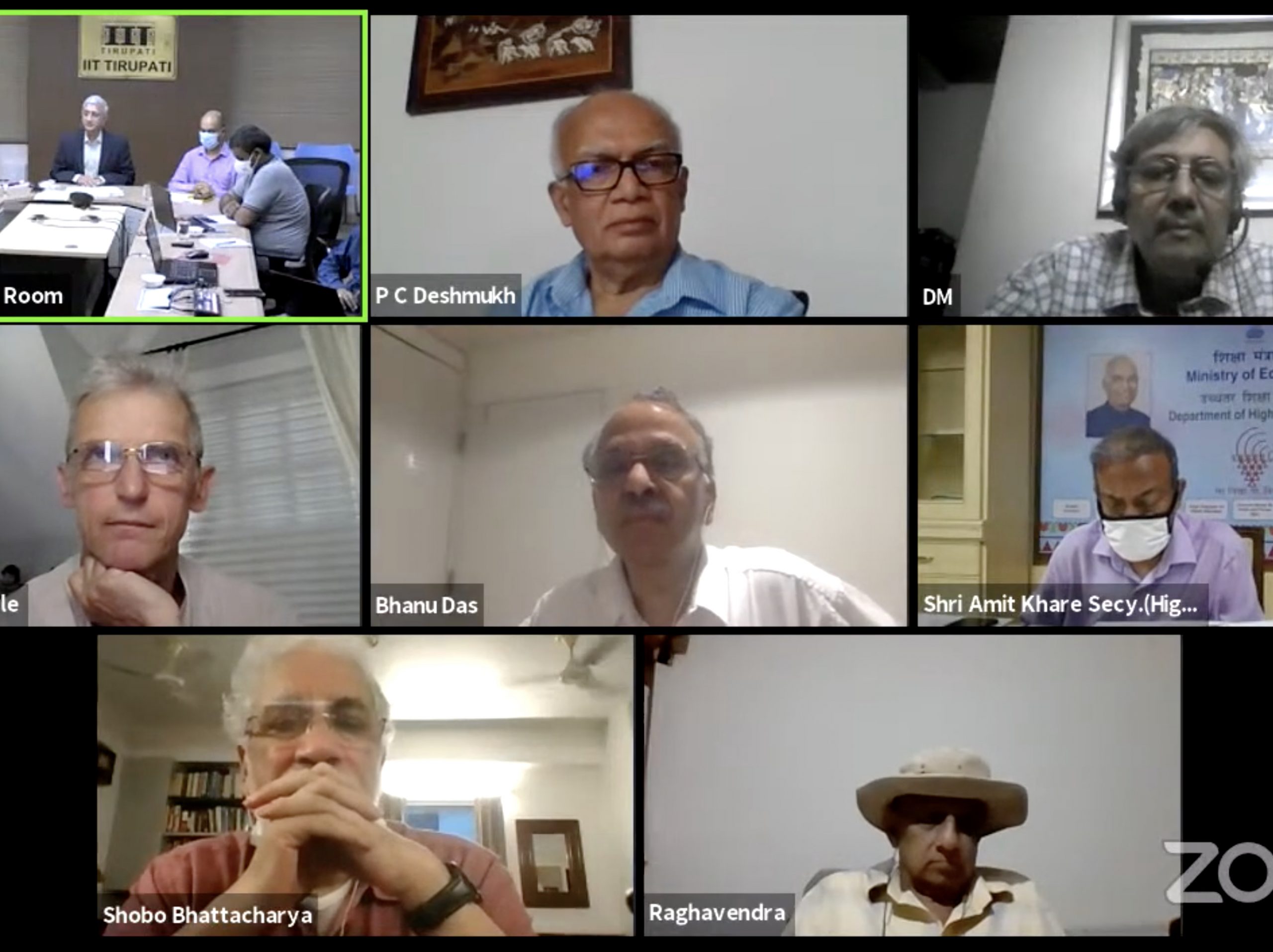 On the 12th of August, we signed an MoU with IIT Tirupati in online mode. The agreement includes a joint doctoral programme in quantum sciences and technologies. A special talk was given by Prof. Wolfgang Ketterle, a 2001 Nobel laureate in Physics.

At CQuERE, we carry out research in topical areas of quantum sciences and technologies, in both experiment and theory.

At CQuERE, we are developing a world class research facility for neutral atom based research activity towards emerging Quantum Technologies. At present we have two distinct research areas. One is cold atom-based quantum gravimeter for mapping the gravitational field locally. Parallelly, we are also working towards optical tweezer-based single atom...

Quantum computing is based on three main properties of quantum mechanics: coherence, superposition and entanglement. The basic unit of information in a quantum computer is a quantum bit or qubit, which can be in two possible states. Many different technologies are currently being explored for the basic physical implementation of qubits. While qubits... Quantum computation/simulation of quantum many-body systems could enable us to reduce the time complexity of time-consuming calculations, thereby promising applications in topics such as drug design. It could also enable us to explore possibilities of quantum engineering using photons, as well as tackle issues related to climate modelling.

Our work opens up new frontiers in scientific research and the scientific publications are windows to our work.

We currently have Post Doctoral Fellows, Research Scientists, and internship students in our vertical, to carry out research on topics of current interest in quantum simulation/computing as well as on the experimental front with trapped ions, including quantum sensing. A joint PhD programme with IIT Tirupati has now commenced from 2022.

The Center has an extensive infrastructure for imparting academic classes and a state-of-the-art Quantum Lab for scientific research. 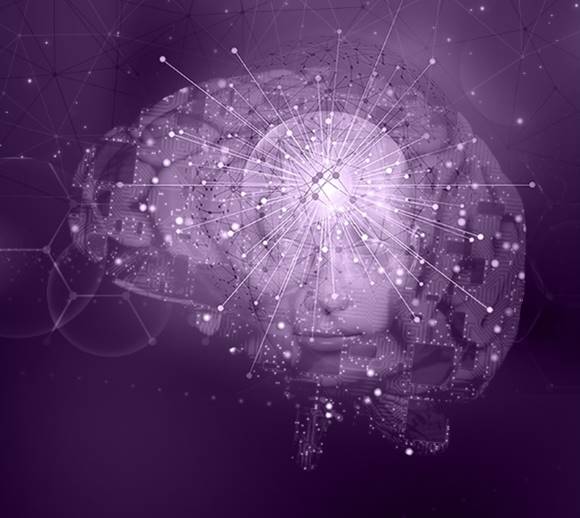 Center for Quantum Engineering, Research and Education (CQuERE) has been set up to carry out world class research and promote quantum sciences and technologies. 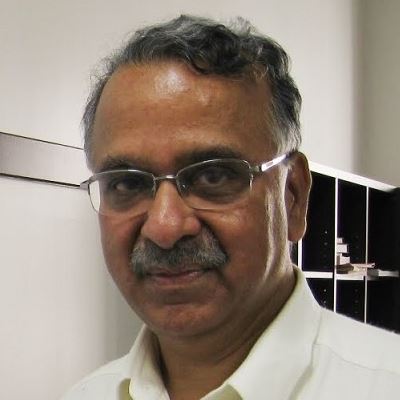 Professor Bhanu Pratap Das carries out research in quantum many-body theory of atoms and molecules, and its applications to fundamental physics and quantum computing. 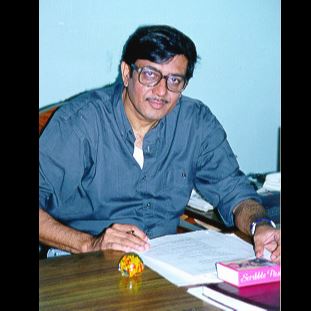 Prof. Debashis Mukherjee was previously the Director of the Indian Association for the Cultivation of Science (IACS), and also the Chairman of its Raman Centre for Atomic Molecular and Optical Sciences. Professor Mukherjee was awarded the prestigious Humboldt Research Award for his pioneering research in many-body electronic structure. 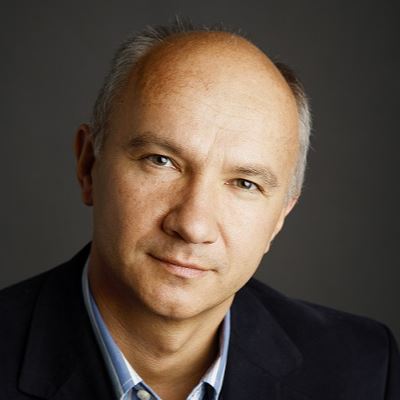 Artur Ekert, a member of the Scientific Advisory Board of CQuERE, is Professor of Quantum Physics at the Mathematical Institute, University of Oxford, UK, and Lee Kong Chian Centennial Professor at the National University of Singapore. 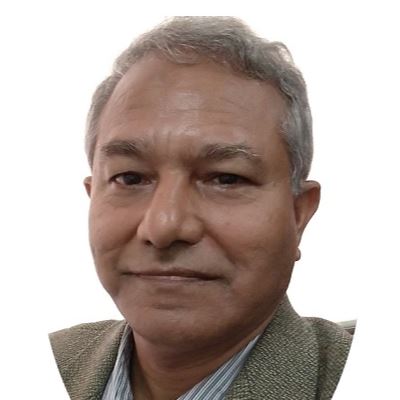 Currently an Honorary Fellow of S. N. Bose National Centre for Basic Sciences, Kolkata, Prof. Dev was a Visiting Professor in the Department of Physics and School of Nano Science and Technology in Indian Institute of Technology Kharagpur till December 2020. Earlier he was a Senior Professor at Indian Association... 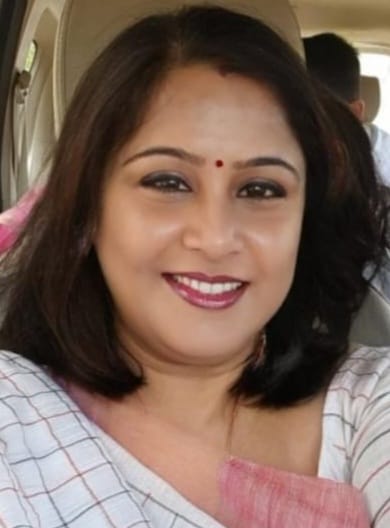 Poulomi Chakraborty Ms. Poulomi is from Finance background and has served Tata for 10 years . Her last position was Cluster Operations Manager, Eastern region, in Tata Capital Ltd . Branch Operations and Service Monitoring is a critical role to ensure control and compliance to both internal and external...

Kasturi Ranjan Swain Kasturi completed his integrated BS-MS Dual Degree program at IISER Kolkata in 2022, as a DST-INSPIRE fellow. In his master’s thesis, he has worked on calculating molecular properties using the variational quantum eigensolver algorithm. His research interests include studying quantum many body systems using quantum algorithms and...

Sanchita Ghosh Sanchita completed her BTech in Computer Science in 2018 from Kalinga Institute of Technology. Thereafter, she has worked as a software engineer for 3 years. Having recently developed an interest in Quantum Computation, she is exploring this field with an focus on quantum algorithms and quantum error correction...

Abhishek Singh Rawat Abhishek did his B.Sc and M.Sc in Physics from Lucknow University. His current research involves implementing quantum algorithms for quantum many-body calculations on atomic and molecular systems and climate modelling. He is also interested in quantum circuit optimization and application of quantum walks in quantum computation.

Tushti Asmita Patel – Did B.Sc in Physics under Mumbai University (2020). – Completed Masters in Physics from The Indian Institute of technology,  Tirupati (2022). – interested in taking up research in theoretical Quantum computation.

Aashna Zade Aashna completed her BS-MS in Physics from IISER Pune in 2022. Her research interests include Quantum Information and Quantum Computation, with a focus on understanding these areas to address practical problems that involve the use of Quantum Computers. Her hobbies include playing, listening to music and travelling.

Peniel Bertrand Tsemo Peniel did his BSc and MSc in Physics from University of Yaoundé 1. He is also an alumnus of the African Institute for mathematical Sciences. His main research interest is the development of Quantum Computing methods to determine properties of atomic and molecular systems. He is also...

Boni Paul Boni Paul graduated with Physics Honours in 2018 from Scottish Church College, Kolkata and completed his Masters in Physics in 2021 from West Bengal State University, Barasat. His research interest lies in the theoretical aspects of Quantum Information and Quantum Computation with a special inclination towards Quantum Machine...

Abhishek Bhardwaj Abhishek is a quantum computing enthusiast with an intent to discover and solve problems on quantum devices that can have immediate practical applications. You can email him anytime for a chat on any topic that is even remotely quantum, except when he’s exploring the night sky or feeding...

Biplab Biswas Biplab did his master’s in Physics from IIT Palakkad. He is  interested in Quantum Computer hardware, especially on superconducting qubit platforms. His hobbies include swimming, playing games, and traveling. Aishik Acharya Dr. Aishik Acharya has completed his PhD. from CSIR National Physical Laboratory, New Delhi on design, development and evaluation of Cesium atomic fountain clock, frequency metrology and time dissemination system. As an engineer as well as experimental physicist he has significantly contributed towards the development of the first generation of operational...

Sudhindu Bikash Mandal Mr. Mandal completed his Masters in Information Technology from the University of Calcutta. His research experience is primarily in the domain of quantum circuits and quantum algorithms. Having published in reputed journals like Springer, IEEE explorer, Mr. Mandal has in-depth implementation experience in Java (Sun certified java programmer)...

Snehal Mandal Dr. Snehal entered Saha Institute of Nuclear Physics to conduct his Ph.D. research after earning his B.Sc. and M.Sc. in Physics from University of Calcutta and Jadavpur University, respectively. In 2022, he received his Ph.D. from Homi Bhabha National Institute. During his doctoral studies, Dr. Mandal conducted research...

Active collaborations in science and technology have no boundaries. CQuERE actively pursues its objective of bringing together experts from Institutes in and outside India.

FSQT 2020 was a four-day international conference held in honour of Professor Bhanu Pratap Das, with the themes being Fundamental Physics using Atoms and Molecules, Light-Matter Interactions, and Quantum Information and Computation.

On the 12th of August, we signed an MoU with IIT Tirupati in online mode. The agreement  includes a joint doctoral programme in quantum sciences and technologies. A special talk was given by Prof. Wolfgang Ketterle, a 2001 Nobel laureate in Physics.

Prof. Kenji Sugisaki from Osaka City University (and visiting Associate Professor at TCG CREST) will be giving an online lecture series on quantum chemistry on quantum computers, from 28th October to 23rd December.

QSCCA-2022 is a three-day webinar (26th to 28th of January, 2022) organised jointly by I-Hub Quantum Technology Foundation (IISER Pune), Pune, and CQuERE, and aims to cover some of the important developments that have taken place in the research area of cold atoms quantum computing. Applications are now closed for the academic year 2022-2023 for the position of PhD scholars at the Centre for Quantum Engineering, Research and Education (CQuERE). UPDATE: The list of selected and wait listed candidates can be found here: https://www.tcgcrest.org/announcements/list-of-selected-candidates-for-cquere-iit-tirupati-joint-doctoral-programme/ The poster for the announcement can be found here: –Please contact...

How can I help you?